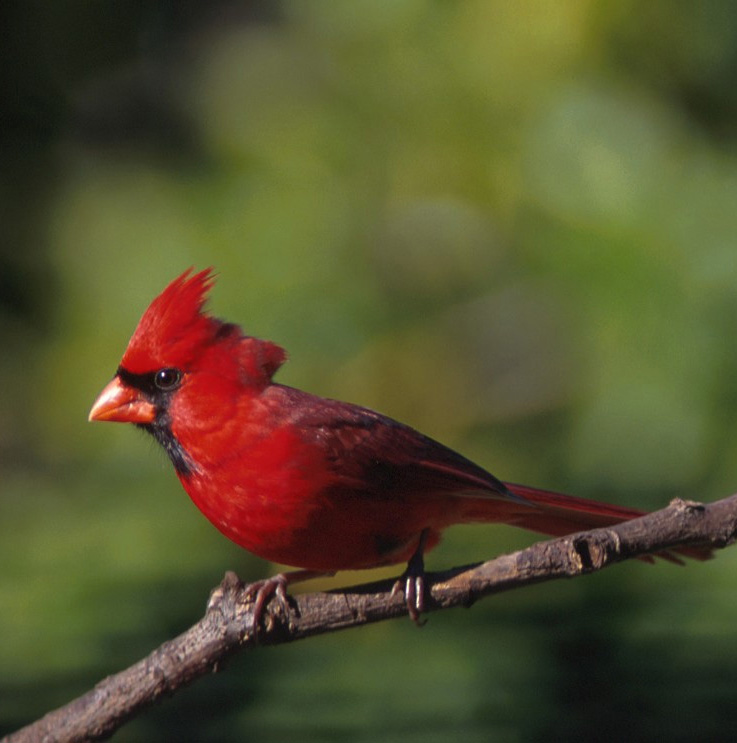 The Cardinal is found throughout Bermuda but is quite uncommon. It is most likely to be seen in areas where there are plenty of trees such as parks and gardens. It may also be seen in mangrove swamps, woodland and agricultural land.

The male Cardinal or Redbird is a very distinctive bird as it is almost all red and has a pronounced crest. It reaches about 9 inches (22 centimetres) in length. The front of the head, including the eye is jet-black. The female is a duller bird with a reddish-brown body; there is some red on the crest, wings and tail. Another prominent feature common to both sexes is the large, heavy, short beak which can be used to crush quite large seeds such as those of the Sunflower. Both sexes have dull-purple legs. The breeding season is spring, when nests are built in trees. Two or three brown eggs covered in darker speckles are laid. Redbirds have quite a varied diet of seeds, fruit and various insects. They will come to bird feeders stocked with Sunflower Seeds. In winter, Redbirds are sometimes seen in small flocks of 20 birds or less.