This was the case in 1990 and again in 1995 when loggerhead nests were found on the beaches of Coopers Island adding this species, for the first time, to the list of those known to nest on Bermuda. Even more exciting was the discovery of a green turtle nest in 2015 on a beach at Building’s Bay in St. Georges. Once nesting abundantly in Bermuda, it had been almost a century since such a sight was witnessed. 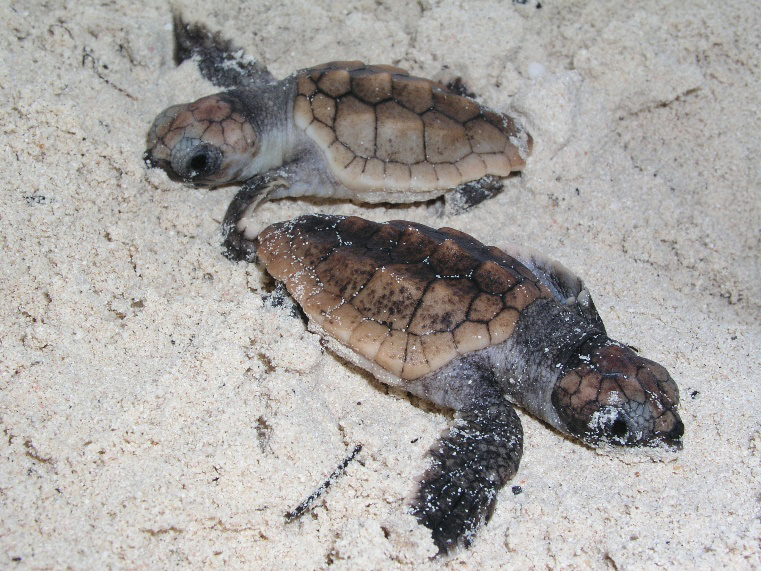 Some will surmise that Bermuda’s restocking programme which transplanted eggs on Bermuda beaches from Costa Rica and Surinam in the late 60’s and early 70’s resulted in these recent sea turtle nests. This is highly unlikely based on our genetic examination of the hatchlings and their eggs. Nonetheless nesting on our shores is cause for celebration and gives us hope for a future of nesting sea turtles in Bermuda.

As sea turtles both nest and emerge as hatchlings predominantly under the cover of dark it is quite possible that nesting is taking place on remote beaches undetected by people. Knowing what to look for could lead to the discovery of a nest.

The Bermuda Turtle Project, celebrating 50 years in 2018, encourages beach walkers and residents to report any possible nesting activity to Jennifer Gray at 332-2966 and if you see a sea turtle in distress to call the Sea Turtle Hot Line 297 1010 [Maritime Operations Centre] or send a message through the Bermuda Turtle Project Facebook page. 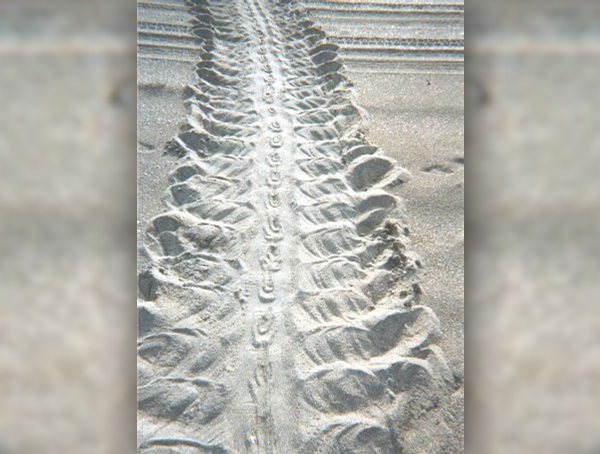 The track of a nesting sea turtle looks a little like a large single tractor tire track going from the direction of the sea up the beach to the dune with another similar track leaving a disturbed area and leading back to the sea.

These tracks soon disappear with high tides and ocean breezes which blow sand across the top of the track. Because hatchling turtles are so small and don’t leave a deep depression in the sand their tracks are much harder to see but if a hatchling is disoriented many small tracks might be seen that do not lead to the ocean. These should not be confused with the tracks of a hermit crab which are one-sided.

Because sea turtles are long-lived and slow to mature it takes many years of research to truly understand all the phases of their life cycle and what threats they face along the way. After decades of studying sea turtles in Bermuda’s waters we are thrilled to be receiving reports of animals that grew up in Bermuda nesting on beaches throughout the region. 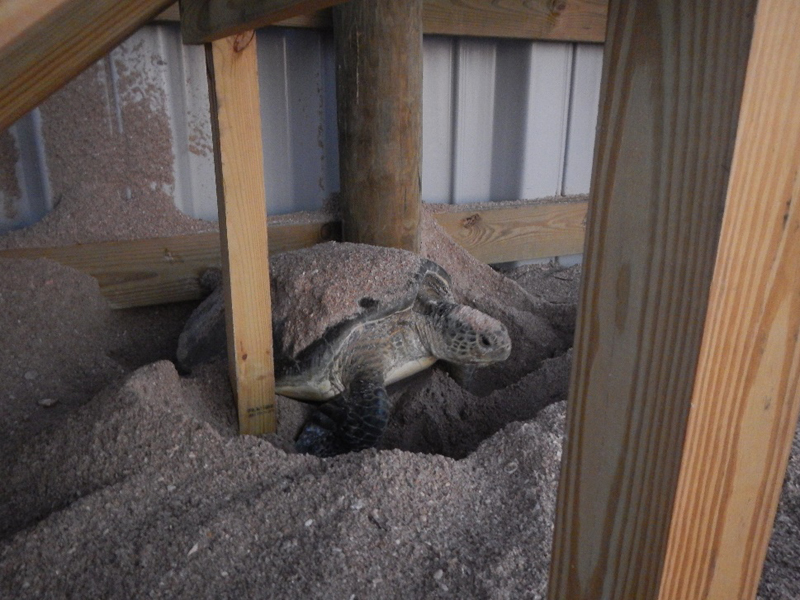 Three turtles, originally tagged in Bermuda in the 1990s, have been seen on nesting beaches in Costa Rica and Mexico, each bearing titanium tags that were put on them during turtle tagging sessions by the Bermuda Turtle Project.

A fourth green turtle, tagged in Bermuda in 1994, was discovered on a nesting beach in Florida, in July of 2017. Volunteers from the South Ponte Vedra Beach Marine Turtle Patrol discovered her trapped under a dune walkover during their morning beach survey and freed her.

She had attempted to nest but was obstructed by walkover pilings. They noticed and photographed her metal flipper tags which had been attached by the Bermuda Turtle Project 23 years earlier when she was a 36.3 cm juvenile. 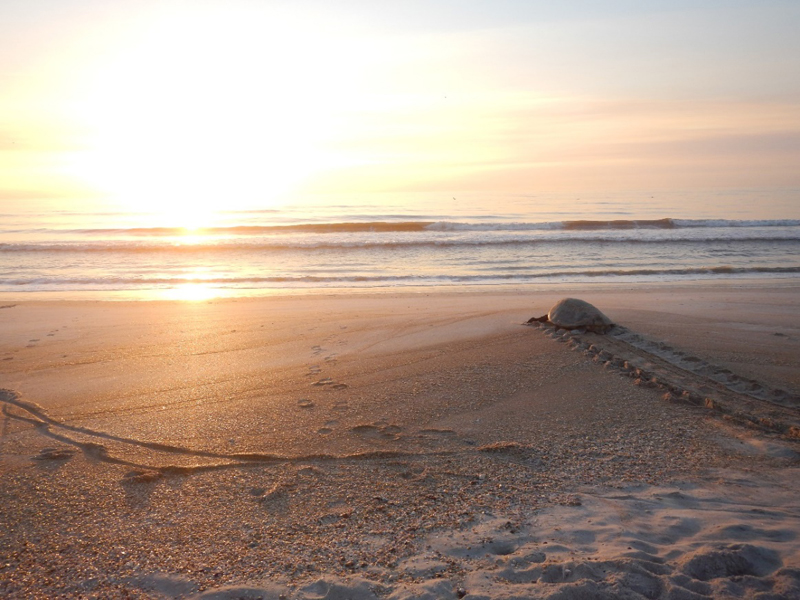 Results like this demonstrate the lengthy period it takes for sea turtles to reach sexual maturity and the habitat connections ranging far and wide across geographic boundaries.

Our findings highlight the need for international cooperation to protect the species across the vast distances they travel and the many places where they develop, feed, mature and nest. The connecting of like-minded biologists and volunteers across the region serve as a powerful means to understand and protect sea turtles.

Research into Bermuda’s green turtles began in 1968 by Dr. H.C. Frick, a trustee of the Caribbean Conservation Corporation, and continues to this day under the Bermuda Turtle Project, which is a joint effort between the Sea Turtle Conservancy and the Bermuda Zoological Society.

The project has learned that Bermuda serves as an important steward for Caribbean and North Atlantic green turtles, providing a safe and healthy environment in which they can mature.

The crew and research team on-board the 72ft Sea Dragon expedition ship are currently undertaking two expeditions from the Island to find out more about the Sargasso Sea.

Bermuda has won high praise from a veterinary science professor who found the Island a perfect laboratory for studying semi-tropical ecology.

Former biology professor Jamie Bacon quickly discovered that not everyone shared her love of toads.

BAMZ roof work may mean releasing some animals into the wild
Friday, March 1, 2013

Some of the Aquarium’s residents will be released into the wild later this year to make way for refurbishments.