First Longtail release of the year 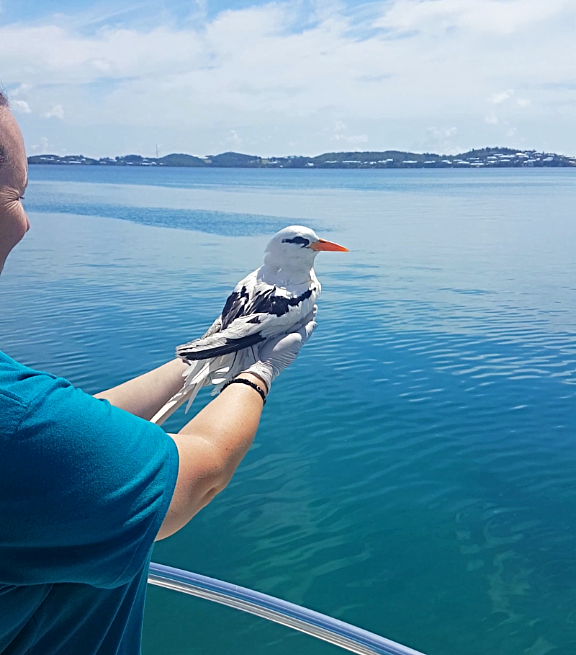 The longtail was received by Bermuda Aquarium, Museum and Zoo (BAMZ) Aquarist, Jorge Sanchez, on Sunday, 27th May, after Tracy Peterson and her family rescued the bird from their property.

The family had been out boating all day, and when they returned home their dog, Daisy, ran over to their water tank and started to paw at it. Upon investigating what was bothering Daisy, they discovered that a longtail had found its way into their tank.

Tracy immediately contacted BAMZ about what they should do with the bird, as they were concerned that it could be injured. Jorge immediately went to the property and removed the bird from the water tank.

Upon arrival at BAMZ, the bird was examined and it was determined that it had not sustained any injuries, but that it did need to stay overnight for rest and to be monitored. In the morning of the 28th, the bird was reexamined for injuries and then cleared for release. It was also fitted with an identification band so that it could be identified if found in the future. 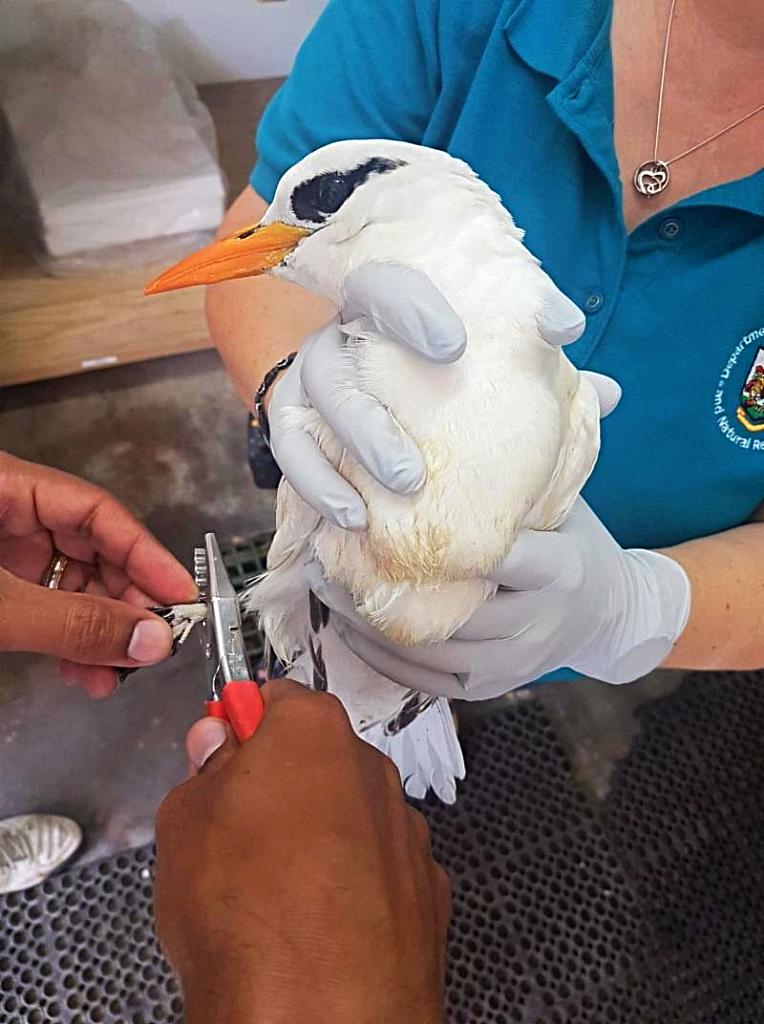 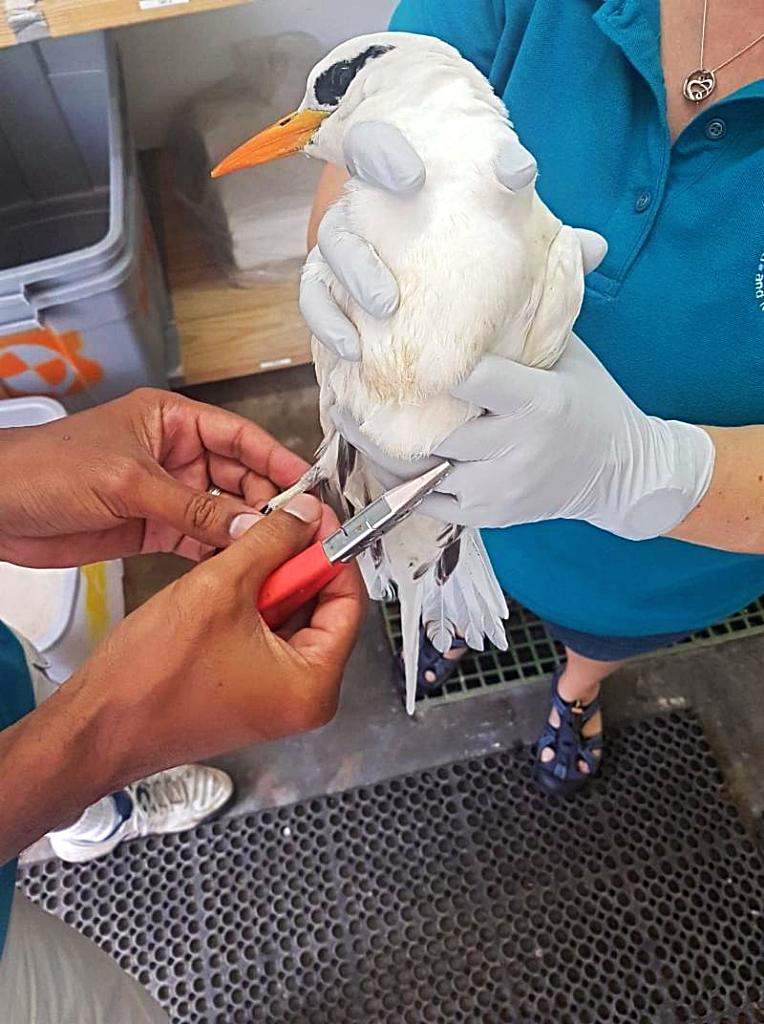 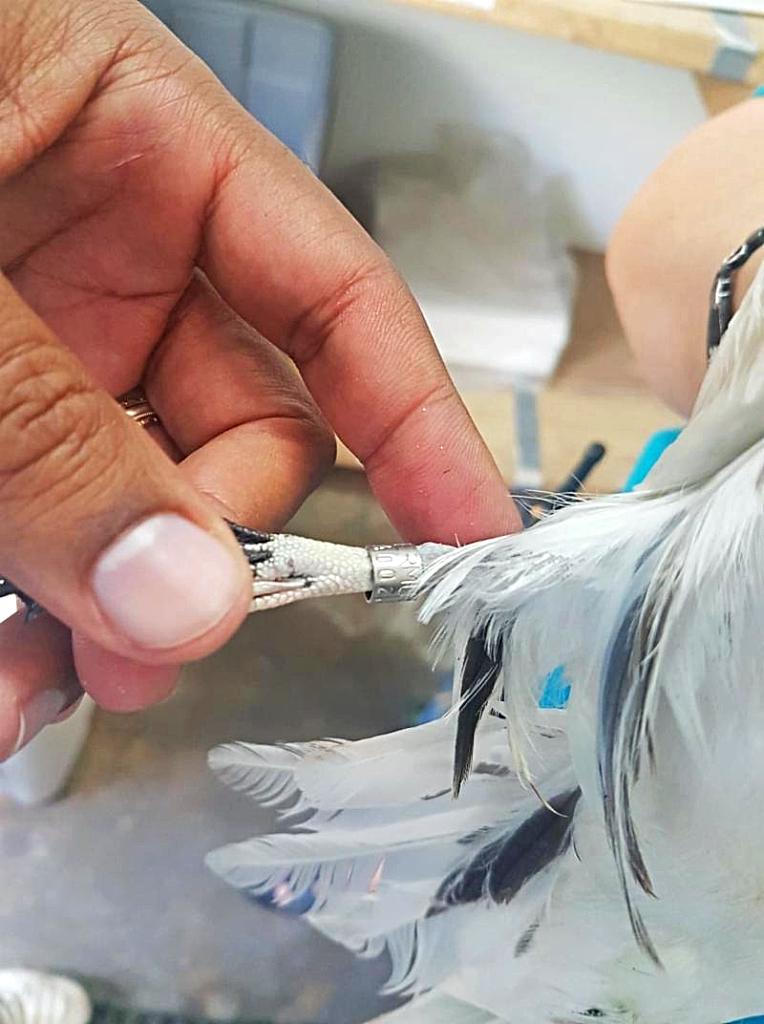 Typically, when we receive longtail chicks we rehabilitate them to the point of release. We aim to take them to Nonsuch Island, where they can be released from an elevated altitude, to give the bird the best possible chance at its first flight. However, as this was an adult longtail that we received, we released it from our docked boat Callista. 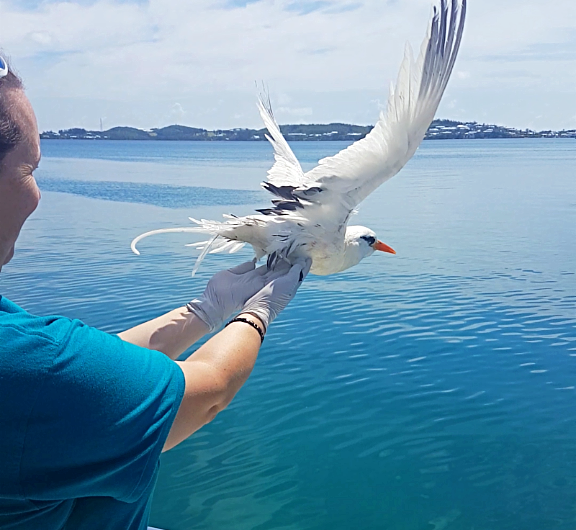 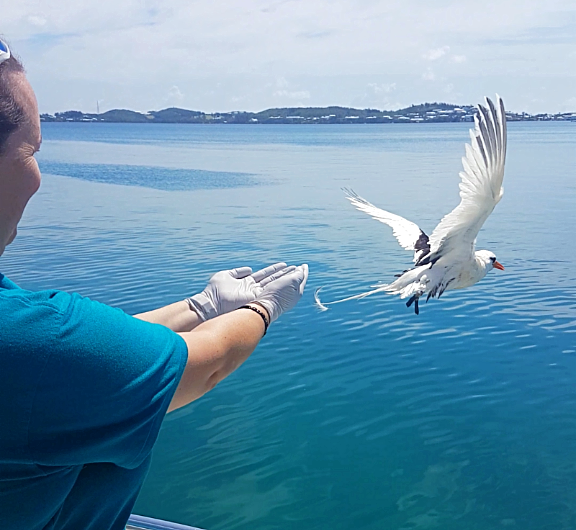 If you encounter a similar situation, where you discover an injured animal on your property or in the wild, please either contact BAMZ at (441) 293-2727 or download the Animal strandings and marine emergencies contact form.

Following the most recent shark sighting at Shelly Bay, the Ministry said it is likely the same one as seen over the past few months and said that while there is no need for alarm, “under no circumstances should anyone attempt to approach or handle the shark in any way.”

Yet another video of a shark has gone viral, this time with footage appearing to show the shark coming in close to shore at Shelly Bay Beach.

After meeting Dr. Ian Walker at a Bermuda Tourism Authority event, Rhona Emmerson was able to arrange for her group of artists - the Plein Air Society - to take a trip out to Trunk Island for a morning of painting on Sunday, 22nd April.