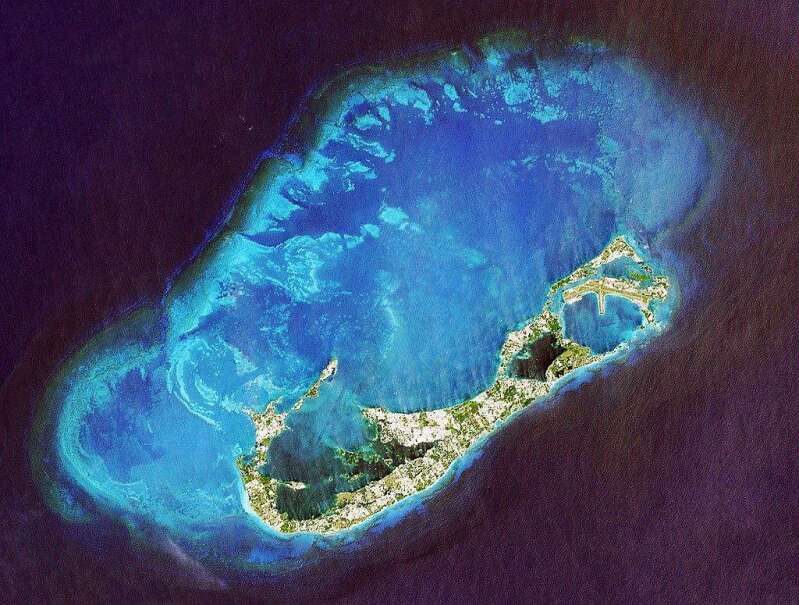 Bermuda’s coral reefs could help to protect the island from strengthening storms – if we are able to keep them healthy.

Robbie Smith, curator of the Natural History Museum at BAMZ, said at an online round table on the Bermuda Ocean Prosperity Programme that safeguarding the marine environment could help to mitigate the threat of climate change on Bermuda.

“The sea level is going up about 2.2mm per year, so in my life it has gone up nearly 8cm. That’s a lot,” Dr Smith said

“Without a healthy reef system able to grow and keep up with that sea level rise, then our defences goes down, the waves come in and the destruction of our near-shore environment will be particularly dramatic.”

Dr Smith said Bermuda’s corals were doing well, but with the impact of climate change and ocean acidification, it was unclear how they will fare in the future.

“Right now it looks like we have some window of time to reset our planetary carbon balances,” he said. “Maybe our reefs will hold up.”

Dr Smith added that seagrass and mangroves have been shown to be effective at absorbing carbon dioxide, but 400 years of development on the island had greatly reduced the amount of both in Bermuda.

“We are looking at a point in time where our seagrass beds are obliterated,” Dr Smith said.

“If Bermuda was doing a good job of producing carbon and having carbon stored in natural ecosystems, we wouldn’t have a negative impact.

“Ideas have been proposed within BOPP and within the Bermuda Government as we think about how we can tackle that.”

Tammy Warren, senior marine resources officer for the Bermuda Government, said Bermuda has a long history of policies to protect the ocean including the first known piece of fisheries legislation – a 1620 Bill to protect turtles.

“There was a lot of waste of red hinds,” she said. “It was actually a trash fish – we love it today, but they didn’t really eat it.

“They put in protections in the mid-1970s and today we are still benefiting from that because we have fairly healthy red hind populations.”

She said that fish pots bans have been controversial, but they have helped to bolster several species, including parrot fish.

Dr Warren added that BOPP was looking at several industries that could benefit from a sustainable “blue economy” including fisheries, tourism and renewable energy.

She said a greater focus on pelagic fish like wahoo and tuna – typically caught by rod and reel or trolling – could help grow the fishing industry in a sustainable way.

Weldon Wade, who led the round table, said the Bermuda Ocean Prosperity Programme was focused on the blue economy, marine spatial planning and sustainable fisheries.

He added that while the group was launched by the Bermuda Government, alongside the Bermuda Institute for Ocean Science and the Waitt Institute, a range of other stakeholder groups are involved in the development of the plan.

Mr Wade said: “Cross-sector partnerships are today seen as essential to sustainable development, and therefore central to the achievement of our goals.

“Partnerships across sectors are a means to tackle the complex social and environmental challenges our island and the world faces.”

Mr Smith said a sustainable approach would mean ongoing benefits to the public and a healthier environment.

“Money is a good way to see if benefits to the environment are translating to jobs and livelihoods, but there’s also the satisfaction that people have jumping overboard or walking along the shoreline and appreciate that the ecosystem is healthy.

“That prosperity is something we hope we are going to be able to achieve here.”

“BOPP is a good example of trying to gather information, put it in one place, have people contribute to it and get to some consensus about where we might be going forward,” Dr Smith said.

“You can’t do much without good data.”

Eric Hochberg, a scientist at BIOS who has specialised in coral reef ecosystems, agreed, adding: “Science can help us make informed decisions.

“It is not always complete, and it is often changing – you learn new things as you do further studies and learn new information.”

The Bermuda Zoological Society has selected the recipients of the Steinhoff/BZS scholarship and, for the first time, the Pye Scholarship, with Amber Reid, Ryan Dowling, Archer Hill and Jessica Godfrey all being awarded scholarships.