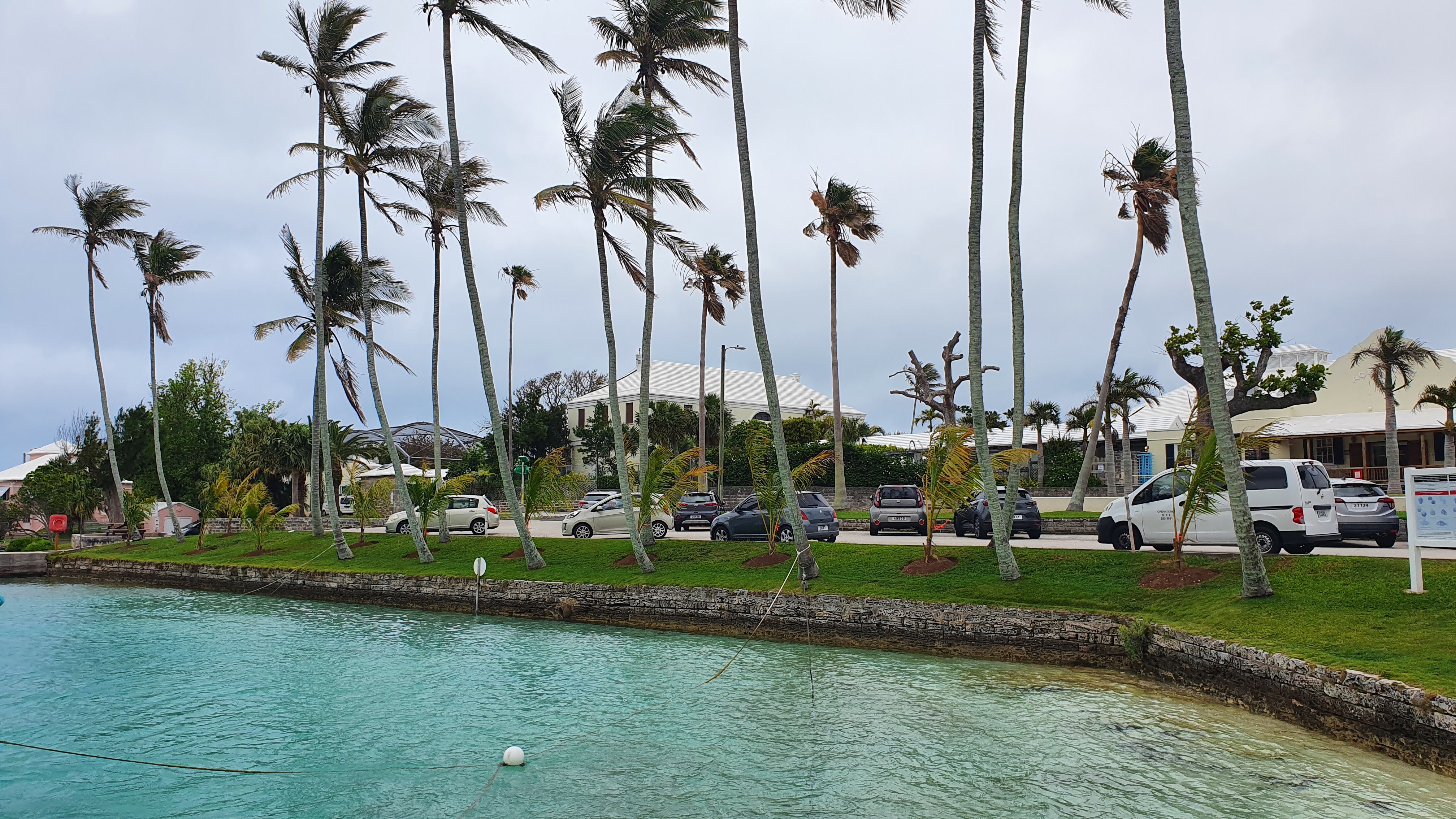 A spokesperson said, “Over this past weekend, the dock area of Flatt’s was made a little more green! The Bermuda Zoological Society organized the planting of 12 young coconut palms along the picturesque coastline of the Bermuda Aquarium Museum and Zoo’s parking area.

“The mature coconut palms that currently stand in Flatt’s village were planted in the early 1930s. Several trees have been lost through a combination of their age and the damage they sustained through hurricanes. Not wanting to lose such a staple piece of Flatt’s beauty, the BZS stepped in to help.

The spokesperson said, “On Saturday 8th May, 12 spaces were carefully mapped out along the waterline, and holes were dug by Derek Richold from DB Mini Excavating. Greenway Landscaping then planted the palms on Sunday, 9th May.”

Mr. Brown said, “The BZS continues to support education in Bermuda through the support of our membership and many corporate donors. We look forward to growing our schools programmes past the current 8000+ student experiences we provide annually.”

The spokesperson said, “To stay up to date with anniversary initiatives and celebrations, become a member of the Bermuda Zoological Society by visiting their website at www.bamz.org.

“The shared mission of BZS and BAMZ is to inspire appreciation and care of island environments, and as the support charity for BAMZ, the BZS is an example of a highly successful non-profit/public partnership. Each year the BZS provide more than 8,000 free educational experiences through our Stempel Foundation BZS Schools Programme in addition to popular community programmes for all ages, development of BAMZ exhibits, and conservation and research programmes.

“Each year, BZS Volunteers contribute over 10,000 hours of valuable husbandry support to the Aquarium and Zoo with all programmes being accredited by the Association of Zoos and Aquariums.”

Bermuda’s coral reefs could help to protect the island from strengthening storms – if we are able to keep them healthy.

The Bermuda Zoological Society [BZS] recently completed the ninth year of the Kids on the Reef spring programme, “an immersion programme teaching children the significance of marine conservation and the skills of free-diving.

No vaccinations for BAMZ animals, yet
Tuesday, August 3, 2021

The residents of the Bermuda Aquarium Museum and Zoo have not received Covid-19 vaccinations, but that could change as research continues.