On Saturday, 30th April, the Bermuda Zoological Society (BZS) invited 6 participants from the Youth Climate Summit, as well as the Youth Climate Initiative Consulting Director - Dr. Rosemarie McMahon, for a morning of planting native trees on Trunk Island, the BZS Living Classroom. Under the careful guidance of Trevor Rawson, the BZS Trunk Island Project Coordinator, the participants were able to plant 30 native and endemic trees - teaching them the importance of placing trees and shrubs in a newly graded and exposed coastal environment.


If you drove along South Shore in Warwick last Saturday morning you may have seen a large group of people planting at Warwick Playground. The Bermuda Zoological Society (BZS) was joined by their Junior Volunteers, members of the BZS Science Club, individuals from the Government of Bermuda’s Department of Parks, employees from the Bermuda Aquarium, Museum and Zoo and corporate volunteers from RenaissanceRe and Aspen Re to plant the second plot for the BZS Micro Forest Project.


Earth Day to be celebrated around the island today
Friday, April 22, 2022


People in Bermuda will join millions around the world today to celebrate the planet and its environment for the 52nd annual Earth Day.


Bermuda’s drivers have been asked to fill their tanks for a good cause as a charity event combining fun and fundraising goes for its 53rd annual spin tomorrow.


The Bermuda Zoological Society [BZS], in partnership with RenaissanceRe, is initiating a pilot project to “promote biodiversity and stewardship of our natural heritage by creating several sustainable micro forests.” 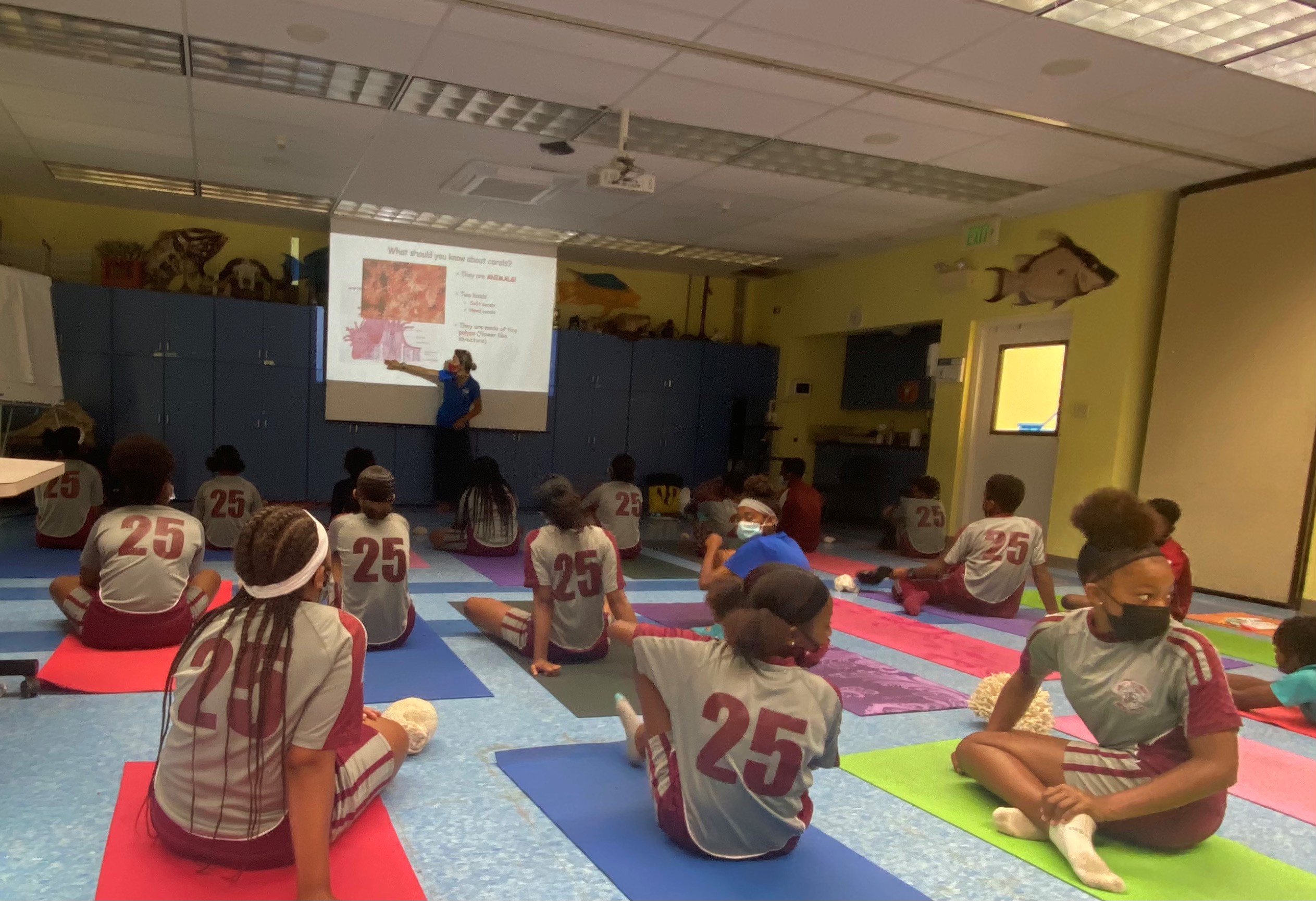 On Friday, June 25 I had the opportunity to join students from Sandys Secondary School as they participated in the BZS Kids on the Reef programme, which is an immersion programme teaching children the significance of marine conservation and the skills of free-diving.

Leading the programme was Alex Amat, the youth programme coordinator and BZS educator. We began the day in the BZS education classrooms at the Bermuda Aquarium, Museum & Zoo with Dr Amat teaching the importance of coral reefs to Bermuda’s ecosystem and how they provide the island with food and protection. We studied why it is important to keep the reefs thriving and healthy, and what could happen if the problems are ignored, and the reefs are allowed to die.

Dr Amat explained how we could help save the reefs with methods as simple as reducing our electricity usage by carpooling or taking the bus to school, instead of taking individual transportation. The children were enthusiastic as they learnt new ways to help save our oceans and took a pledge to protect the oceans by making more eco-conscious decisions.

After the morning’s information session, Dr Amat prepared the class for the approaching in-water portion of the day, by instructing the class through yoga and stretching exercises to help expand and relax our rib cages and muscles. We were then taught techniques to safely hold our breaths for longer periods of time. These proved to be quite tricky, but very fun. Dr Amat was sure to communicate the importance of safety when practising these techniques and making sure we listen to what our bodies are telling us.

Once everyone was comfortable with being able to hold their breath in a safe manner, we were ready to go out on the BZS boat, Endurance, which was the moment we had all been waiting for! The students were itching to jump in and get started. The in-water session began with a trip to Gibbet’s Bay, where the students were able to snorkel in the shallows. This exercise was to allow the students to become comfortable with their recently learnt breathing techniques, and to gain a first-hand experience of what they had learnt in the classroom. One student was even able to free a hogfish off a hook and line in its mouth!

The experience was amazing for the students, as they were able to see a wide array of marine wildlife, some of which I had never seen in the wild before – there were puffer fish, cowfish and even a little octopus. However, there were clear signs of habitat degradation, such as coral bleaching and a perceived lack of fish. It was a grim reminder of the importance of the marine conservation techniques they had learnt during the morning session.

Finally, it was time for the real test – free-diving. We boarded the Endurance and journeyed to a second, deeper location; Dr Amat dropped a guideline to assist the students as they descended to the ocean floor. We were divided into small groups and the students began their first attempts at free-diving, making sure to keep in mind the important techniques and tips that Dr Amat had taught us in the classroom. One of the most important tips of the session was to make sure you equalised your pressure on the way down to avoid severely damaging your ears. To do this, the students were taught to pinch their noses and blow until they felt a “pop”. They were reminded of the significance of doing this every couple of feet on their way down, so that they would experience little to no discomfort in their ears, allowing them to dive as deep as they desired.

The dive line was approximately 20ft long, with a heavy weight at the bottom to keep it secure. A group of five to six kids would go into the water and hold onto the flotation apparatus above, as one at a time a student descended down the line. For many of the students, this was their first time diving, so the goal was not to reach the very bottom, but instead to descend as far as they were comfortable. They were all so good at listening to the rules and making sure to equalise on their way down; it was very impressive.

We finished the day by returning to BAMZ to have a closing circle. There, the students provided feedback on the best and most challenging parts of their day.

Chance said that the most difficult part for him was “getting water in my ear, but the best part of the day was making fish friends and them following us around”.

Kimoury said that his favourite part was “saving the hogfish from the hook in his mouth, because I felt like I did something to help”.

As I was also able to participate in the free-diving experience, I can say that my favourite part was learning about the types of corals in the classroom and then being able to go out and see first-hand what we learnt; there are not many opportunities to experience a programme such as this. The most challenging part for me was equalising my ears, because that’s harder than you think it would be once you’re in the situation trying to dive.

Overall, both the kids and I had an amazing time. Dr Amat creates a fun environment for learning about the ocean and the opportunity to learn how to free-dive is incredible for young Bermudians to experience.