The Bermuda Tourism Authority has released a video highlighting the successful rehabilitation of a sea turtle named ‘Bridget’, with the video also providing tips on how to help if you find an injured turtle.


Endangered predators may lead to erosion of reefs
Thursday, May 17, 2018


Major marine predators including groupers and snappers are endangered, a scientist has warned.


In March of this year, the students of the two Mount Saint Agnes’ grade 3 classes held their “Toad-ally Terrific tag sale”, which was a fundraising event to support the Amphibian Project that is supported by the Bermuda Zoological Society [BZS].


Historically abundant predatory fish such as groupers and snappers remain at critically low numbers on Bermuda’s reefs based on international standards, according to a recently released report that monitored their status and trends by Bermudian scientist Dr Thaddeus Murdoch and his local team of research associates through the Bermuda Reef Ecosystem Assessment and Mapping [BREAM] Programme.

Mr Stevenson also believes that he now has one of the largest databases in the world held by just one person from which he can make scientific conclusions about threats posed to whales, such as global warming.

And when it was revealed – following the recent sighting of a whale entangled in fishing gear – that there was a lack of equipment in Bermuda to assist in situations of that nature, Mr Stevenson is buying the equipment himself and will go to Canada for the necessary training.

“I’m in the process of making my second documentary film, a follow-up to my previous documentary which came out in 2010. I have another eight years of underwater footage and three seasons now of aerial footage,” said Mr Stevenson, who is giving a lecture on at the BUEI on May 14 at 6.30pm and at 8.30pm when he will show some of the aerial footage and reveal details of his latest research.

“The aerial footage is a complete game-changer for me. Before I had to guess what the whales were doing whilst observing them from my boat. I would see a blow, a swish of a tail, and not a lot more. Underwater I would only be able to observe them if they came to me and remained with me.

“Examining the footage on my large, curved 4k screen at home, I can see incredible detail. I can make a very good guess at which whales are males, I can easily recognize a calf, a yearling or a juvenile. I can tell the health of the animals by their girth and the vertebrae.”

He said the aerial footage had helped him answer some questions about the whales’ behaviour such as detailed social interactions amongst the whales.

“But the more I learn, the more I realize I don’t know anything about the humpbacks. What is very clear is that they are highly complex social animals and you must see the aerial video to understand what I mean. What is interesting is that they seem to maintain fidelity not only to a mid-ocean migratory route, but they also seem to maintain fidelity to a fixed timetable.” 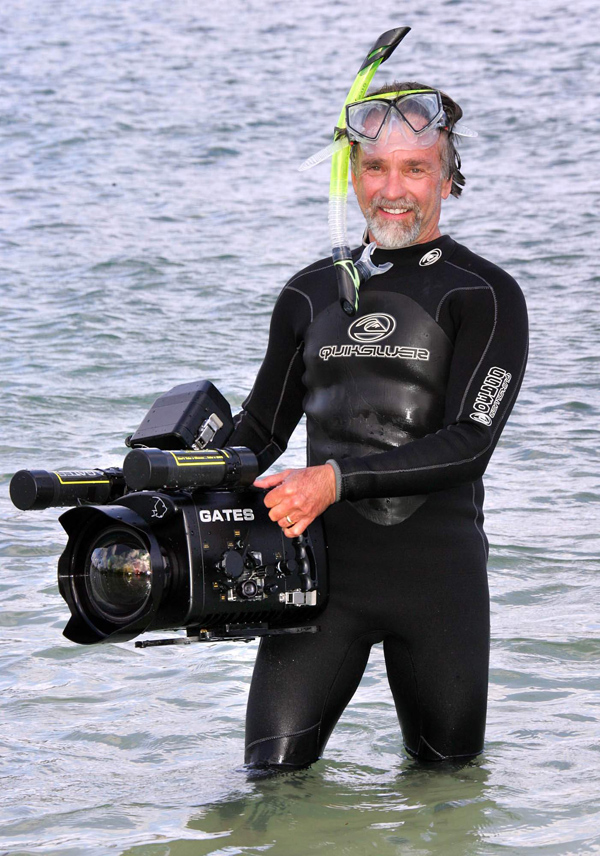 “It’s all about Bermuda’s greatest asset, the ocean all around us,” he said.

Mr Stevenson, who has a research permit issued by the Department of Environment and Natural Resources, Ministry of Environment and a commercial small unmanned aircraft [drone] license issued by the Bermuda Civil Aviation Authority has recently dropped two hydrophones in 150ft of water off Sally Tuckers and Challenger Bank to recording humpback whales as well as dolphins and other beaked whales. 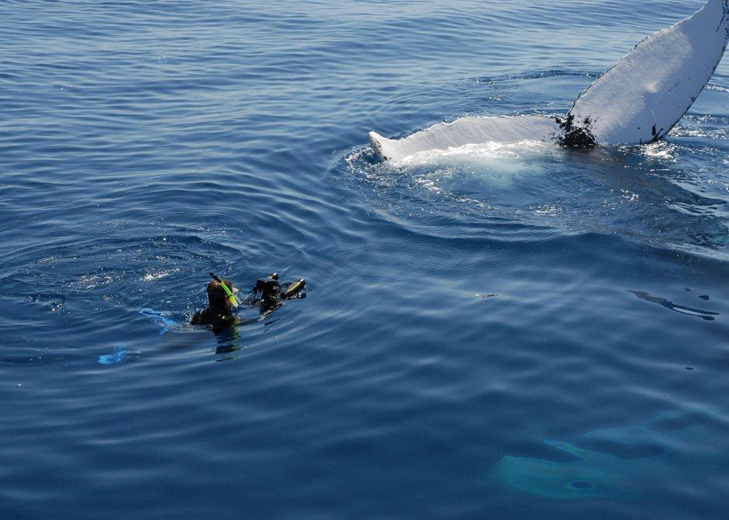 “I gave three presentations at the biennial conference of the Society for Marine Mammology in Halifax last October and while there met the CEO of Jasco Applied Sciences. We formed a partnership to drop two hydrophones off Bermuda,” he said. 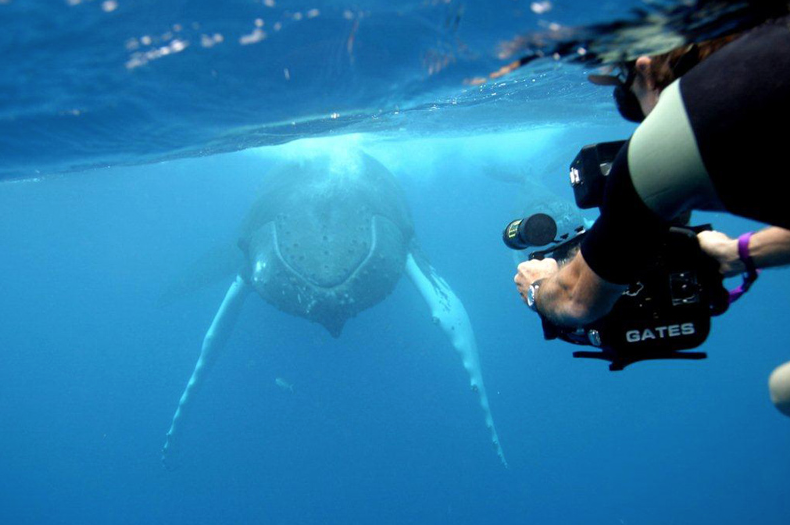 “If we combine the fact that we have a window into their mid-ocean migratory crossing and we have indications that they are maintaining fidelity to a fixed time-table, then we have an animal that acts as an index to the ocean’s health, just like the canary the miners took into the mines to determine if there was a problem with the quality of the air.

“The ocean is at risk. It could be global warming, melting of the Arctic icecap and deflection of the Gulf Stream with resulting impacts on the food web. The humpbacks are our giant canary, telling us there is something wrong with the quality of our ocean.” 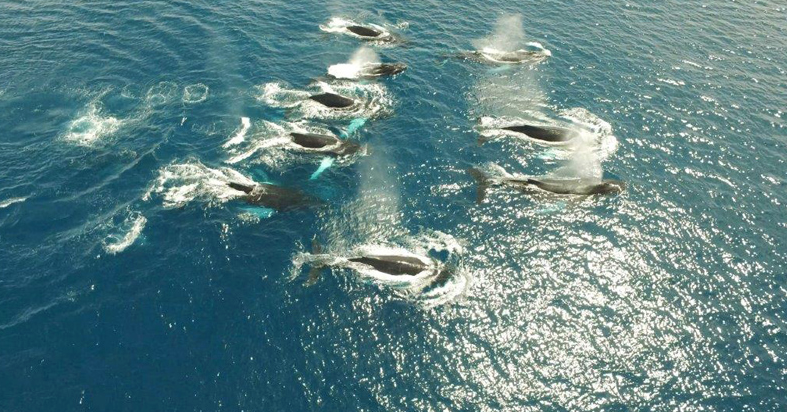 “It surfaced every minute and a half and then sank out of sight. It’s the fourth entangled whale I have encountered in Bermuda. I will now be taking a Government of Canada authorized and sponsored disentanglement course given to Canadians who have worked with whales over many years and in a position to manage a disentanglement.

“I will purchase the necessary specialized equipment needed to safely disentangle a humpback. Going forward, I will have this equipment with me on my boat as I continue my research.” 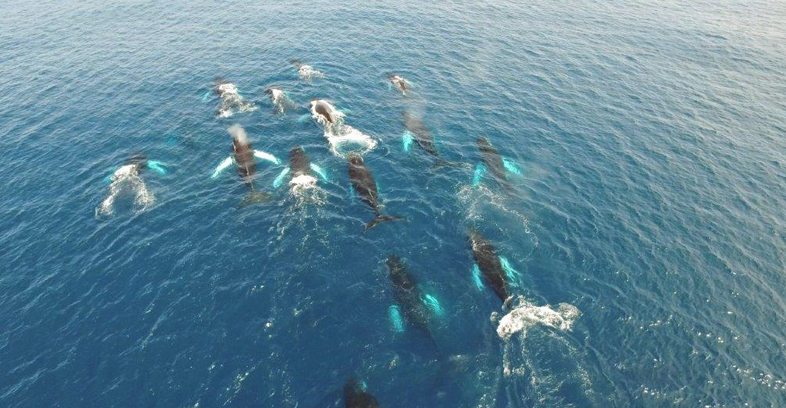