In March of this year, the students of the two Mount Saint Agnes’ grade 3 classes held their “Toad-ally Terrific tag sale”, which was a fundraising event to support the Amphibian Project that is supported by the Bermuda Zoological Society [BZS].


Historically abundant predatory fish such as groupers and snappers remain at critically low numbers on Bermuda’s reefs based on international standards, according to a recently released report that monitored their status and trends by Bermudian scientist Dr Thaddeus Murdoch and his local team of research associates through the Bermuda Reef Ecosystem Assessment and Mapping [BREAM] Programme.


Whale researcher Andrew Stevenson has started work on a follow-up to his acclaimed documentary ‘Where the Whales Sing’ – which for the first time will include unique aerial footage.

Julie Compton told Bernews, “It was Monday afternoon, with myself and my husband Jim paddle boarding around Gibbets. We were approaching the island from Flatts Inlet and boarding just to the right of it. My husband spotted the fin and alerted me, thinking it was the wing of a ray.” 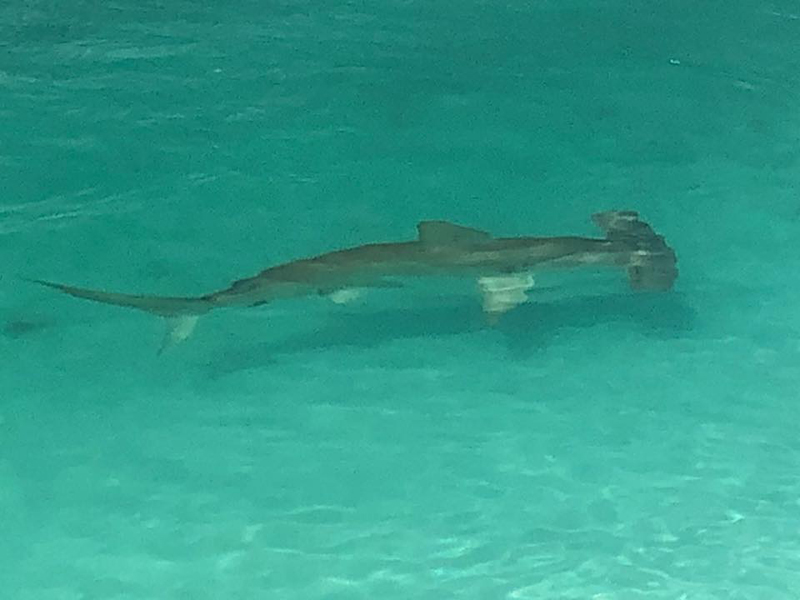 “Suddenly it came right toward us and we saw what it really was. It swam right between our two boards and then under.

“I was terrified…we carried on paddling faster round the island and back down Flatts Inlet to St James. We got out at our dock and went straight to tell our friends about it. As we were talking, I said, ‘I don’t know where it went, maybe it followed us back.’

“Immediately as I said it, Jim looked at the water and said, ‘it’s right there.’