In the early morning of Monday, 28th May, Roma Hayward, Animal Care and Quarantine Officer, released our first rehabilitated longtail of the season.


After meeting Dr. Ian Walker at a Bermuda Tourism Authority event, Rhona Emmerson was able to arrange for her group of artists - the Plein Air Society - to take a trip out to Trunk Island for a morning of painting on Sunday, 22nd April.


The Bermuda Tourism Authority has released a video highlighting the successful rehabilitation of a sea turtle named ‘Bridget’, with the video also providing tips on how to help if you find an injured turtle.


Endangered predators may lead to erosion of reefs
Thursday, May 17, 2018


Major marine predators including groupers and snappers are endangered, a scientist has warned.

“Collaborating with the Stamp Design Advisory Committee has been a pleasure and we are confident these beautiful stamps will be very popular,” the BTP said.

“The Bermuda Turtle Project is a collaborative effort of the Bermuda Zoological Society [BZS], the Bermuda Aquarium, Museum & Zoo [BAMZ] and the Sea Turtle Conservancy [STC] and its mission is to promote the conservation of marine turtles through research and education.

“BTP has several initiatives planned for the rest of the year as part of the celebration; including a lecture series, organized citizen science beach monitoring, installation of “Turtle Alert Signs” where heavy boating activity has the potential to harm turtles, and of course our two-week in-water course on the Biology and Conservation of Sea Turtles which welcomes applications from local and international biologists and resource managers each August.

“We have refreshed our brand, expanded to social media and will be modernizing our web site and educational materials in keeping with the shifting trends of the next generation of stewards for the environment. Our short film, above, was launched on YouTube is a must see. 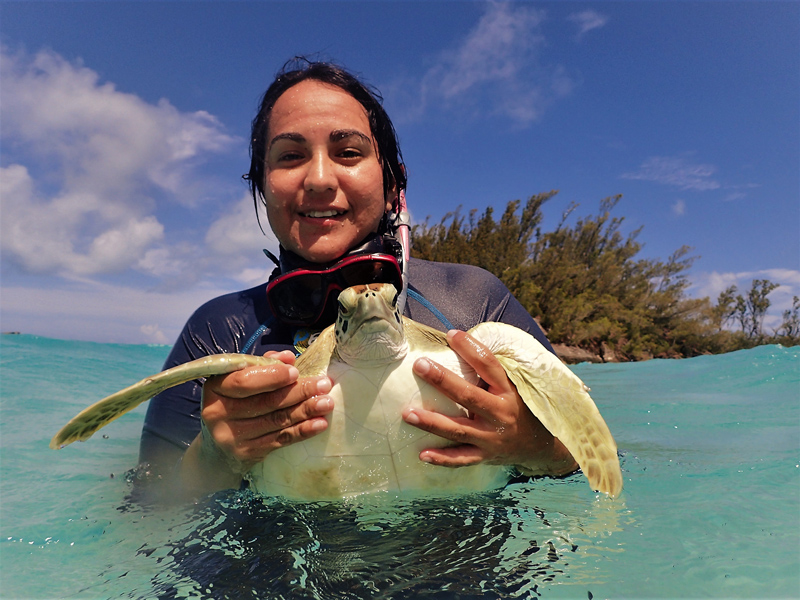 “We have also launched an endowment campaign to help us secure a sustainable future for BTP; one of the most valued sea turtle, research, education and conservation programmes in the world. The longer long-lived endangered species are studied, the more significant discoveries are, and they are more likely to be beneficial to conservation management.

“The celebrations will culminate with a gala fundraising event at the end of the summer when local and overseas champions of the project will be acknowledged, and much needed funds hopefully raised through a fun and entertaining event.

Miguel Batun, from Mexico, releases a turtle after data has been collected 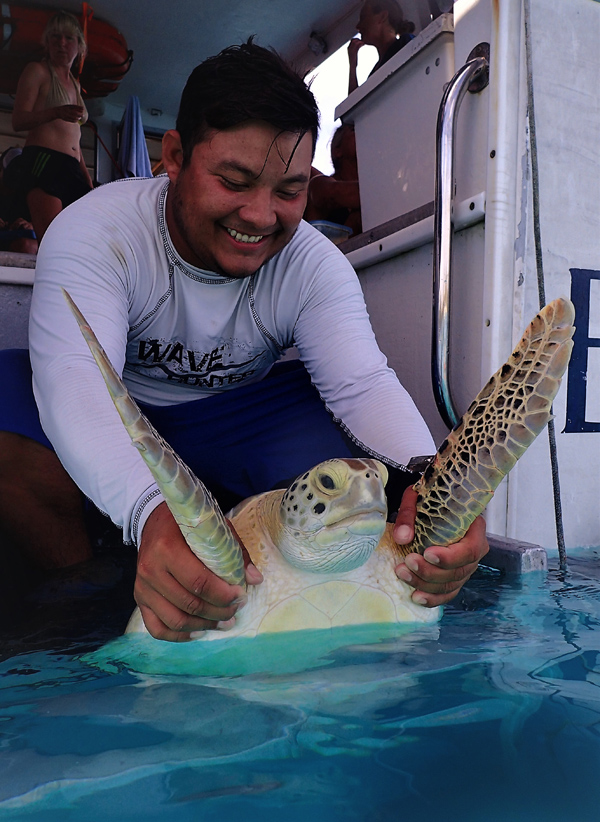 “Over the last half century, the Bermuda Turtle Project has discovered nearly everything that is known about the biology and life history of Bermuda’s sea turtles,” said David Godfrey, the Executive Director of STC.

“In the process, the project has provided training for generations of sea turtle biologists and helped contribute to global sea turtle conservation efforts. The ongoing work to protect green turtles that reside in Bermuda during an important phase of their lives is helping recover this species in the Western Hemisphere.

“And STC’s sustained research and conservation programmes in the US, Caribbean and Latin America have been credited with saving the Atlantic green turtle from near extinction and improving the survival outlook for many other turtle populations”.

Green Turtle being released off of the RV Endurance 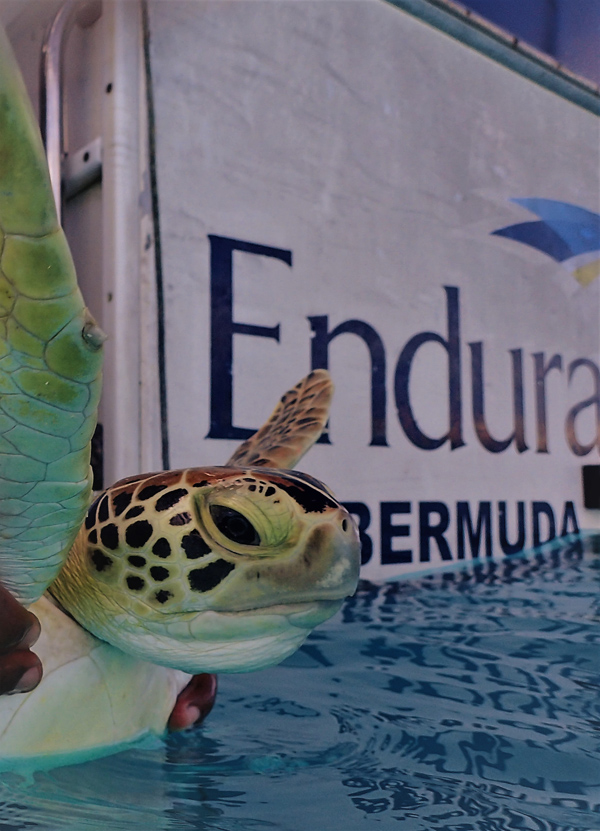 BTP has come a long way since its founding all those years ago. It is appropriate to celebrate our successes while we also set a course that builds on our wealth of knowledge to safeguards sea turtles and their habitats in our rapidly changing world.

“The research of BTP continues to focus on the understanding of sea turtle biology so that protection can be promoted for these animals in Bermuda and throughout their range,” said Jennifer Gray, Bermuda Director of BTP.

“With respected scientists, effective longstanding partnerships, excellent science and a lot of passion, this mark and recapture study has one of the largest data sets in the world on growth rates and movements of free-ranging, immature green turtles. It has changed the way we conserve this valuable species.”

“We encourage everyone to join us with your support as we celebrate this remarkable initiative.”