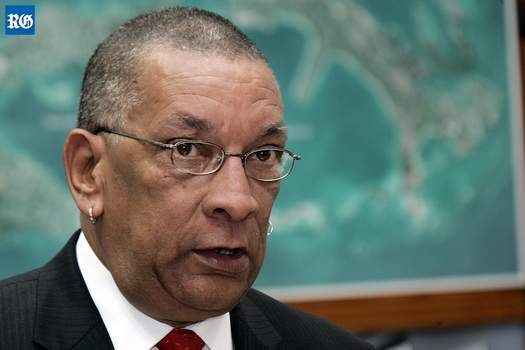 Amendments to modernise National Parks legislation — and related fees — have been approved by MPs.

Both the National Parks Amendment Act 1 and 2, tabled by Lieutenant-Colonel David Burch, the Minister of Public Works, were passed without opposition on Friday.

Colonel Burch said the bills would formalise the position of a variety of fees in the legislation.

He added: “The Department of Parks currently offers a variety of goods and services that have been provided to the public for a nominal fee since the inception of the Bermuda National Parks Act 1986.

“These include the provision of venues for social events and weddings, the rental of buildings and admission into attractions.

“After a review of the act, with the exception of the $14 per day camping fee, it was discovered that the collection of all other fees over the years had not been authorised as under the parent act there is no provision for the numerous fees for services and related goods.

“This discrepancy was detected in November 2016 and as a result, all fees were suspended until they could be formalised.”

The amendments also gave the minister the power to waive fees under certain conditions and made changes to the composition of the Parks Commission.

The commission would also include two “users” of the park system and four people selected for their knowledge of environmental protection, conservation and economic and commercial affairs.

Cole Simons, the Shadow Minister of Education, stressed the need for “balance”, and said it was important that commercial entities had some representation on the commission.

He also asked for an update on the maintenance of the Botanical Gardens.

Colonel Burch said that was not related to the amendments, but that there has been some progress made.

Progressive Labour Party MP Kim Swan added that the interests of business should not be forgotten but the amendments should “err on the side of protecting the environment”.

Shadow Minister for Economic Development Grant Gibbons asked for a better understanding of the marine buffer areas in the legislation.

Jeanne Atherden, Opposition leader, highlighted the need for the proposed fee structure for national parks to be used for their maintenance and “not for making a profit.”

PLP backbencher Dennis Lister III welcomed the legislation and said he was “a child of nature”.

He said the preservation and maintenance of our national parks was “the utmost priority”.

Mr Lister added: “We must protect them at all costs. I support this amendment with all my heart.”

Mr Lister said he had worked for the department and it had been a tough task, especially during the summer.

One Bermuda Alliance MP Sylvan Richards said there had been discussions about the level of fees during his time as minister and that those proposed are in line with what the previous administration had discussed.

He added: “My hope is that some of the funds will be allocated to the upkeep and maintenance of our parks and beaches.”

The condition of public bathrooms at the island parks was also raised.

Colonel Burch said he was aware of the problem and that it was at the top of the Ministry’s agenda.