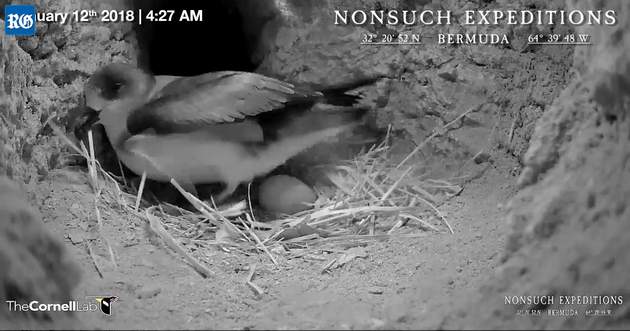 The camera set up to film Cahows on Nonsuch Island recently caught an unusual visitor, with a critically endangered Bermuda skink stopping by the burrow, wandering around and taking a rather close look at the camera.